Disruption is always good for competition and that’s exactly what Kia did with the Carens, and even Renault with the Triber in the MPV segment. The move prompted the segment leader to go back to the drawing board and re-think its strategy. After being in the market for 3 years, the Maruti Suzuki XL6 received a mid-cycle update and that’s to keep it up to date more than anything else. Well, while the changes to the exterior are minimal, there are loads of features on offer along with an updated interior. Besides that, there’s an all-new 1.5-litre petrol engine with a smart hybrid motor on offer which makes it more fuel-efficient as well. We drive it in both the manual and automatic transmission variants, to know more and find out if it truly is as indulgent as Maruti Suzuki claims the new XL6 to be! 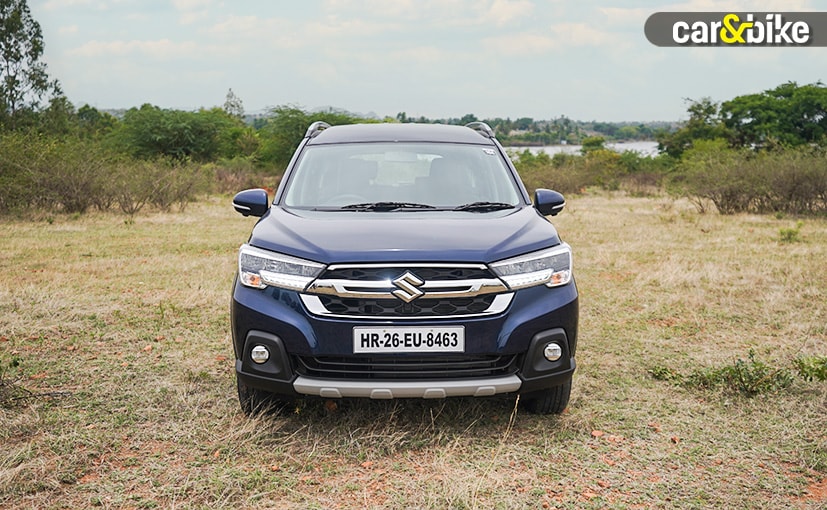 The fascia of the 2022 Maruti Suzuki XL6 receives minor changes and looks more butcher than before.
Photo Credit: Arvind Salhan

The dimensions on the 2022 Maruti Suzuki XL6 have not changed, but the looks get an upgrade, with newer elements that add a lot more personality to the MPV, like the big sweeping X-bar element on the front grille furbished with chrome making the car look butcher than before, and even more premium than the earlier model. This also makes the car look more muscular than before, only adding to its overall road presence. In profile, the wheels also get an upgrade, and so out goes the 15- inches, and you get 16-inch alloy wheels, adding a lot more to that stance, and overall, the car looks grown-up now. The floating roof, as well as the extended roof rails with the new XL6, adds a new dimension to the car, giving an impression of increased height. 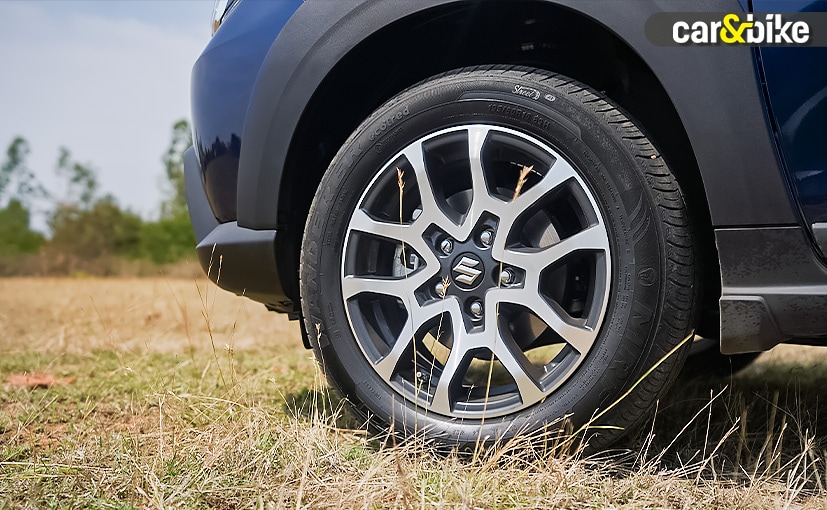 At the back, not much has changed, and most of the elements are retained here, however, Maruti has added a smoky effect to the tail lamps, a slight resemblance to Volvo we feel, also adds to the overall appeal of the car, and most definitely makes the car stand out. Now, these aren’t outright significant changes but make the car stand out in the MPV segment since newer cars have a modern design.

Moving on, the interior of the new XL6 has more on offer than the exterior, which is in fact more significant than before. Here, you get a more upmarket feel to go with it. The dashboard gets a stone finish with chrome inserts and that works well with the overall appeal of the cabin. Also new is the 7-inch touchscreen infotainment, equipped with SmartPlay Pro, however, there are two things that have irked us. One is that Maruti has a larger 9-inch display at its disposal, and we even saw it on the 2022 Maruti Suzuki Baleno. So, Maruti could’ve offered that here since this is the more premium model in the Nexa range. 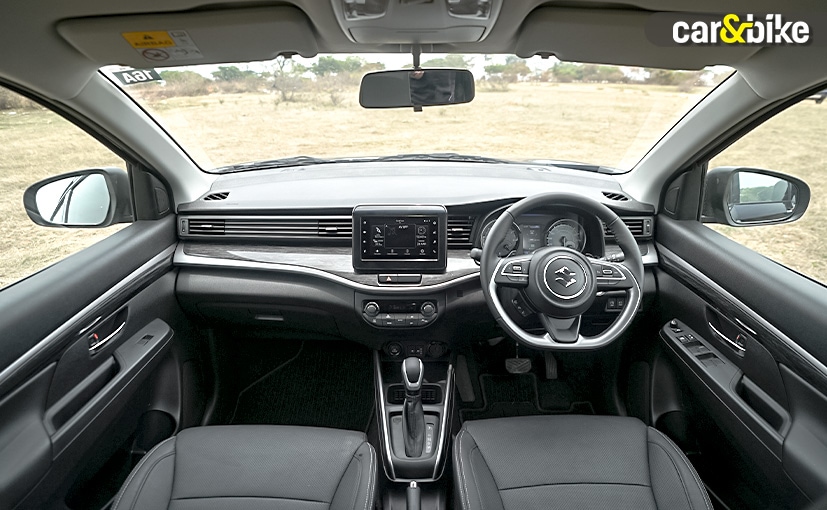 Next is the fact that the base Zeta version doesn’t get this, but instead features the SmartPlay Studio, which is equipped on the Maruti Suzuki Wagon R, and even the Maruti Suzuki S-Presso, which are the more affordable offerings from the Indian automaker. We feel Maruti should’ve made the newer unit standard across the range since the new XL6 is the flagship premium model. You also get wired Android Auto and Apple CarPlay as standard however, you do not get wireless functionality for it, nor do you get wireless charging, although there is space for it here. 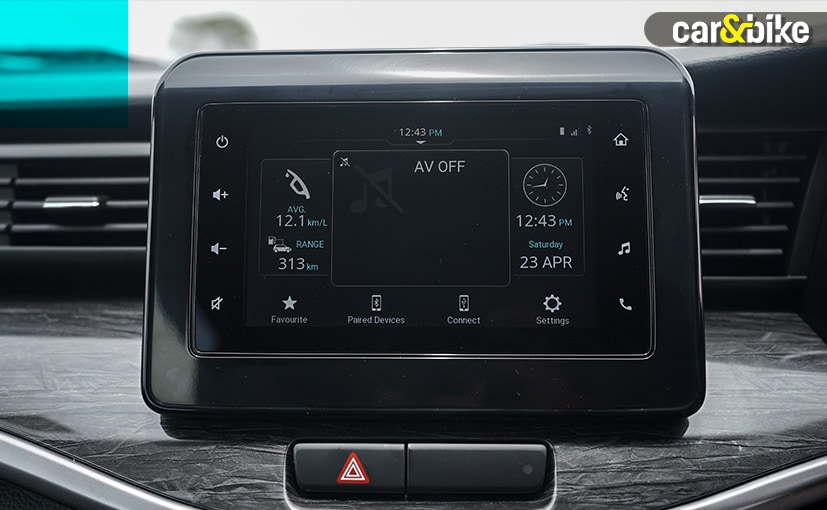 The new 7-inch infotainment system is equipped with Maruti’s SmartPro Studio, but only for the Alpha and Alpha+ variants.
Photo Credit: Arvind Salhan

Speaking of connectivity, Maruti Suzuki has also introduced its Suzuki Connect App as a standard fitment and now gets more than 40 features, quite like the one offered on the 2022 Baleno. We will get to that part in a bit, but what’s also new at the front is ventilation functionality for the driver and front passenger. Nonetheless, it is limited to the top-spec Alpha+ variant. We feel Maruti Suzuki could’ve standardised this feature across variants. Being a segment leader as well as a market leader, Maruti could’ve gone ahead and offered the ventilation for the second-row passengers as well, making it first-in-segment, as well as setting a precedence for other manufacturers, not only in the MPV segment but also the three-row SUV segment. 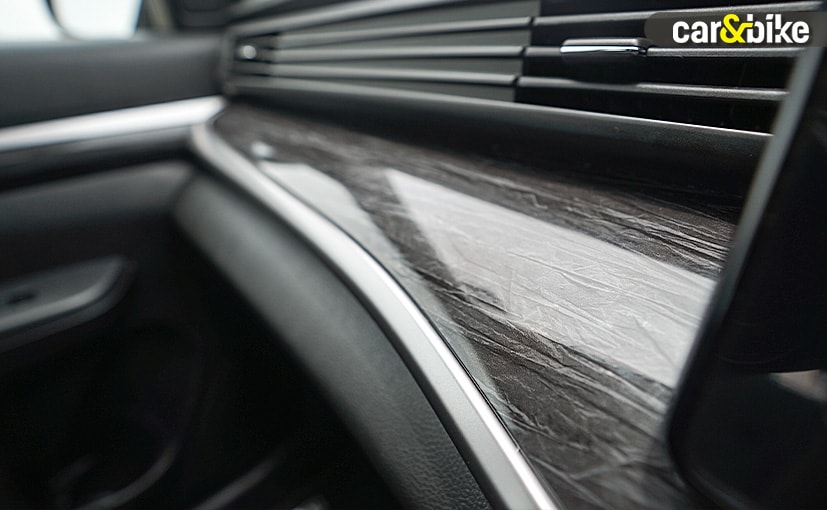 But it’s not necessary to have them either since it’s just as spacious as before. There’s good knee and shoulder room and the huge glass area makes a world of difference to add to the airiness of the cabin. The air-con vents are roof-mounted, and very effective too, however, we do miss a sunroof. But there’s another row behind us, but like most cars in this segment, isn’t exactly meant for adults, but more for young children. Another thing that you must compromise on is USB slots, as you only get a single 12V port. But there are no air vents here for the occupants, instead must manage with the air-con vents on the second row. 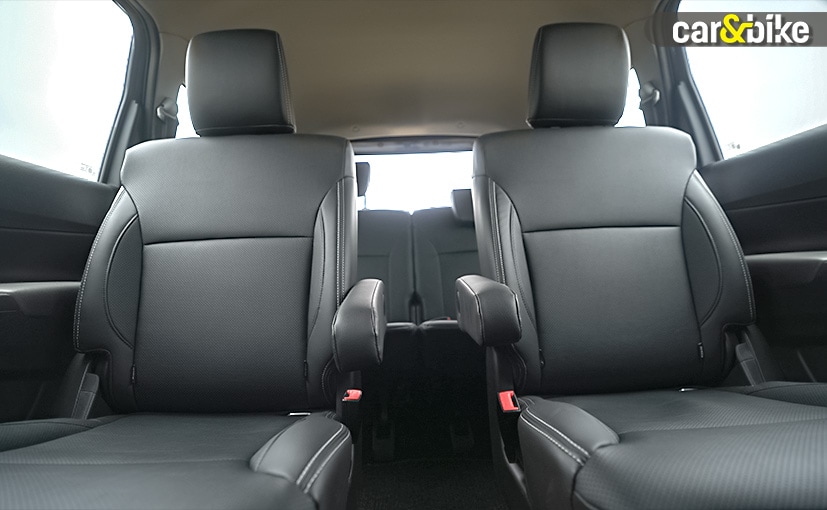 A last aspect of the space is that with all three rows up, you only get 209-litre of storage space, which can be expanded to 550-litre with the third row folded, and if you further fold the second row as well then you get a total of 692-litre of boot space, which is ample in our opinion. 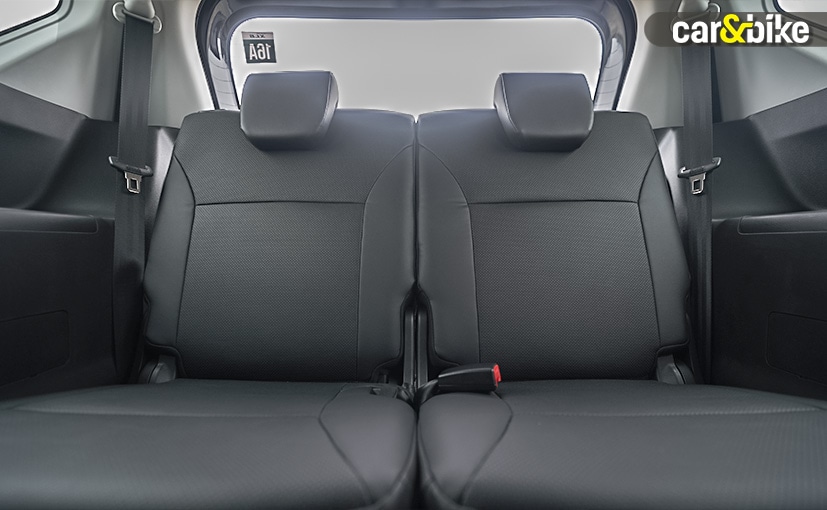 Perhaps the biggest change in the new XL6 is the new 1.5-litre petrol engine. It made its way to the Ertiga and now it’s in the XL6. With 102 bhp on offer, it’s the least powerful engine in the segment, but it’s been tuned to be more efficient, that’s why you have the Dual Jet setup, which means that there are two injectors in one cylinder which ensures that the fuel injection process is now more efficient. But let’s talk about that gearbox, it’s the first time a 6-speed torque convertor has made its way into a Maruti car, and it shifts smoothly. However, we miss the punch in the initial acceleration. Now, there are paddle shifters too, so you can change as per your will and yes, the gearbox responds very well. But if your right foot is heavy like mine and you push the accelerator all the way down, the engine just becomes very noisy, and you don’t enjoy that one bit. 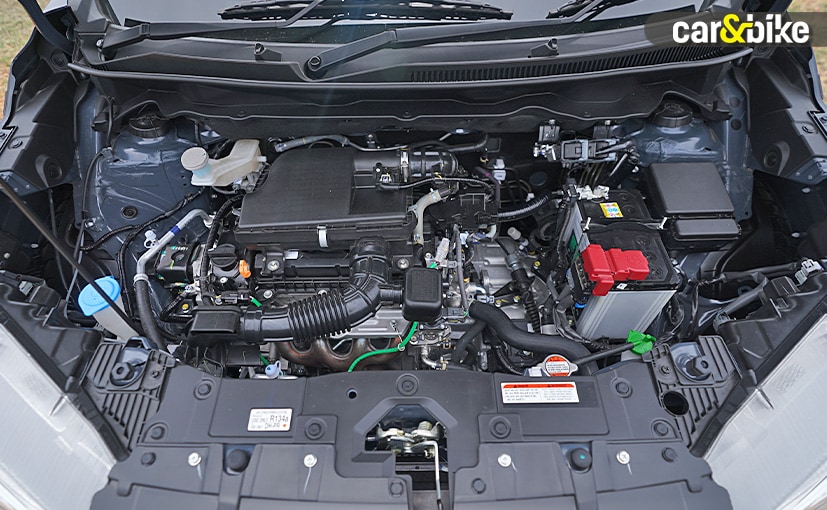 However, things are different with the 5-speed manual version. It is fun to drive and has ample power on offer right from the initial tap, though power delivery is linear. It is rev-happy and even if you downshift for a quick overtake, the gearbox is quick to react with slick shifts. The ratios aren’t exactly tall so driving in the city should be good. On the highways, we believe the manual version to be slightly less fuel-efficient than the automatic version, but that is not a deterrent in our opinion. The throttle response is decent, but the engine noise you get to hear close to 3,000 rpm is sweet to listen to. Contrary to the automatic version, where the engine noise sweeps into the cabin, Maruti has done a good job in soundproofing the manual version. 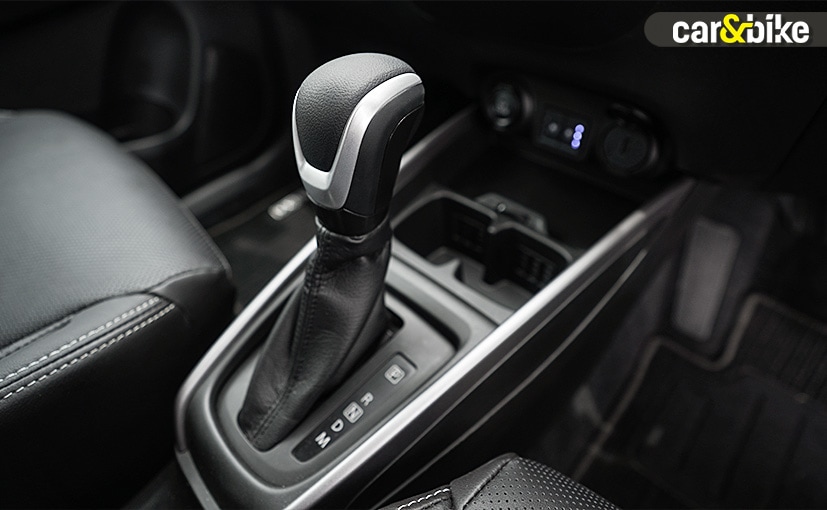 Apart from this, the steering is well-balanced, even while doing triple-digit speeds, we found the feedback to be precise. We have no complaints with the clutch as it is light and comfortable to use, typical of Maruti cars. 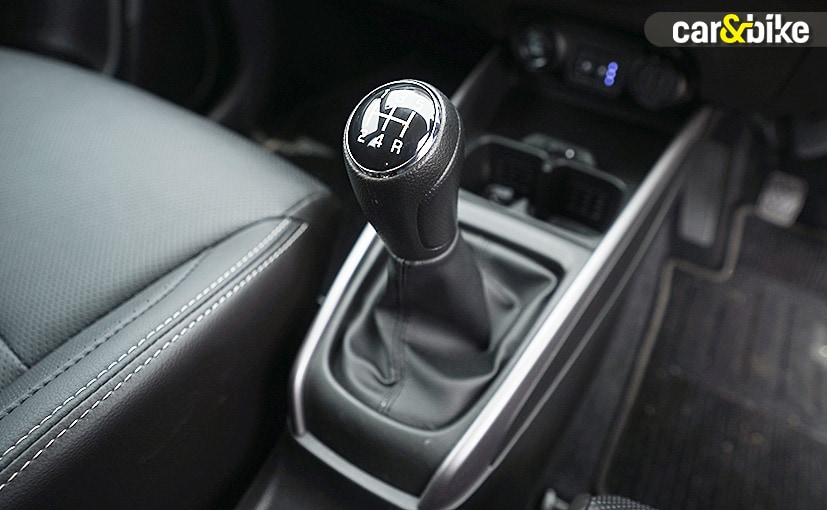 The ride and handling remain mostly unchanged, but Maruti Suzuki says that it has tweaked the suspension a bit and yes, it does appear to be stiffer. The larger 16-inch wheels certainly help in keeping the ride plaint. Any undulations or pothole-ridden roads, the XL6 takes it in its stride and though there’s a hint of body roll, I find very little to complain about in this one. 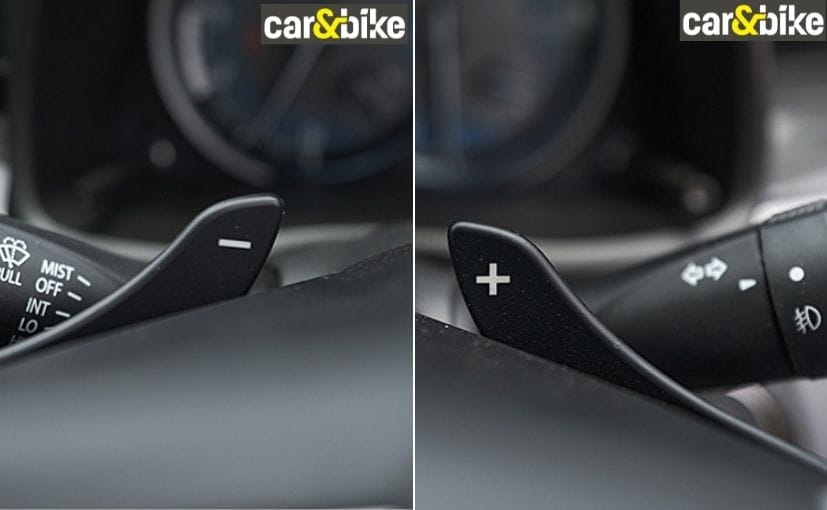 There’s more than what meets the eye in the new XL6 because going with the trend, Maruti has included its Suzuki Connect connected car tech as well and comes with more than 40 features, and we are even familiar with most of them from the refreshed Baleno. Commands such as turning the ignition on, switching the air conditioner, checking on fuel levels, and more features can now be accessed via your smartphone. However, these features are limited to the automatic version only, which is a big miss again. It also gets Amazon Alexa connectivity however we couldn’t try it out completely because of internet issues. 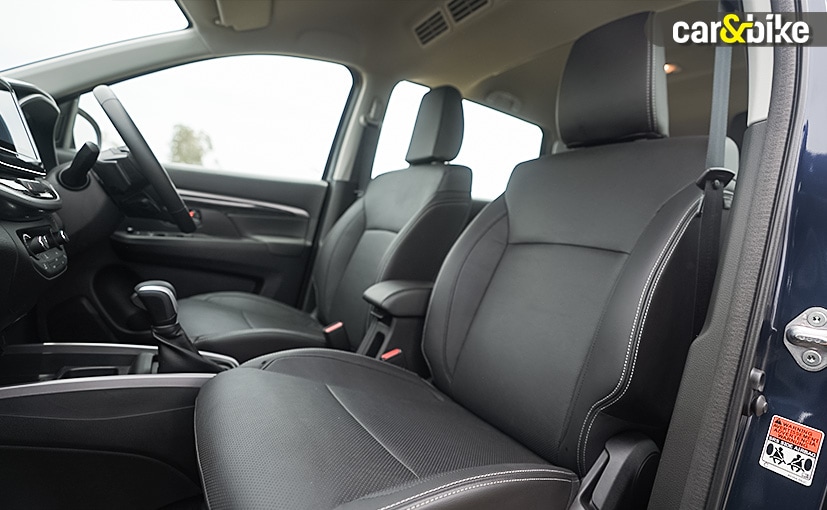 Now, you might think, we’ll come to the verdict. But no, there’s one more department that we would like to talk about and that’s safety. The 2022 XL6 now gets four airbags, ESP and hill hold assist as standard. However, we feel these are baby steps and Maruti could’ve upped its game and democratise this space and offered 6 airbags instead, to also cater to other occupants and not just the front passengers. You also get a 360-degree camera view and tyre pressure monitor system, but these are limited to the Alpha and Alpha+ variants. ABS with EBD and brake assist are standard. As far as crash test results go, the XL6 is not yet tested and so we will have to wait and watch. 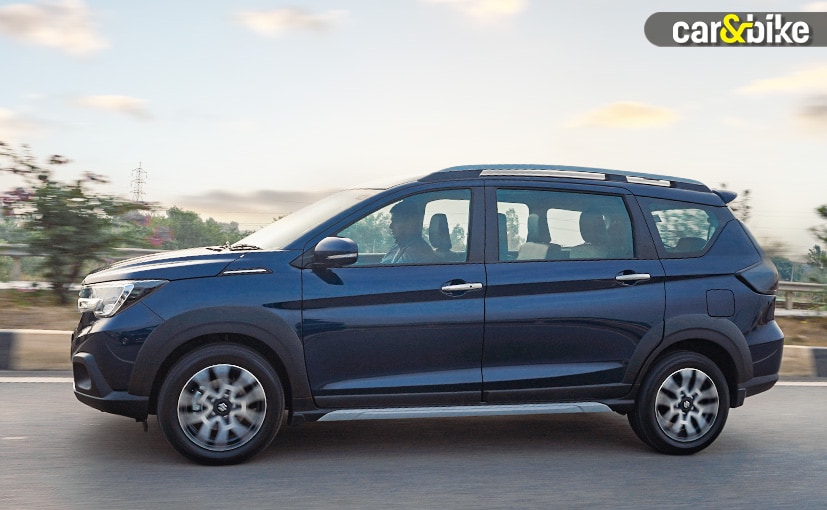 The ride and handling remain mostly unchanged, but Maruti Suzuki says that it has tweaked the suspension a bit and yes, it does appear to be stiffer.
Photo Credit: Arvind Salhan

Maruti Suzuki India launched the refreshed XL6 at a starting price of ₹ 11.29 lakh, going up to ₹ 14.55 lakh (ex-showroom, India). While these are stellar prices, when compared to the Hyundai Alcazar, Toyota Innova Crysta, and even the Mahinda Marazzo, the obvious comparison you will make is with the newly launched Kia Carens. 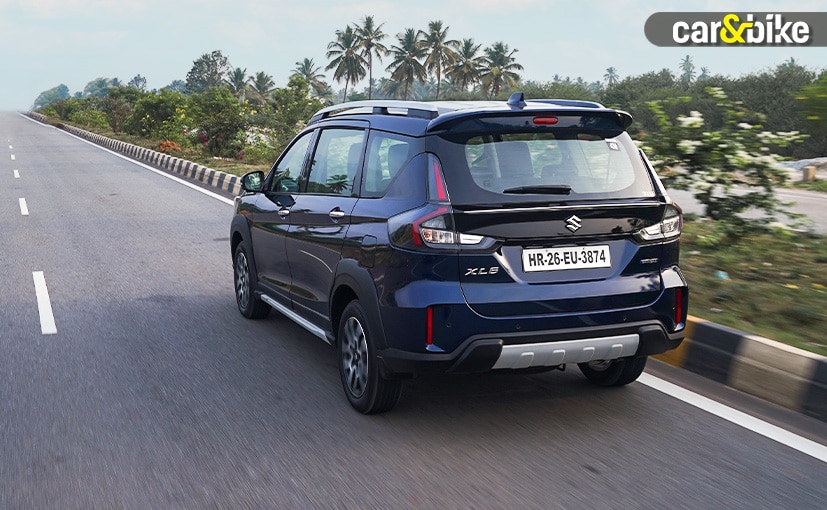 This is where we feel Maruti faces a challenge because the XL6 is almost a lakh more expensive than the entry-level Carens. But do factor in two things, that the Carens comes with both petrol and diesel as well as the manual and automatic gearbox, whereas this, the 2022 Maruti Suzuki XL6 comes only with a single petrol unit. Not having a diesel version with the XL6, especially in this highly competitive segment, is a lost opportunity for the segment leader. A new engine, a new gearbox, enhanced features, connected car tech, and even improved ride and handling, make the XL6 a worthy purchase. So yes, you can put your money on the new XL6!

We have no association with any magazine company.We are moving to a new domain as mashoor.media over copyright issues over this domain.